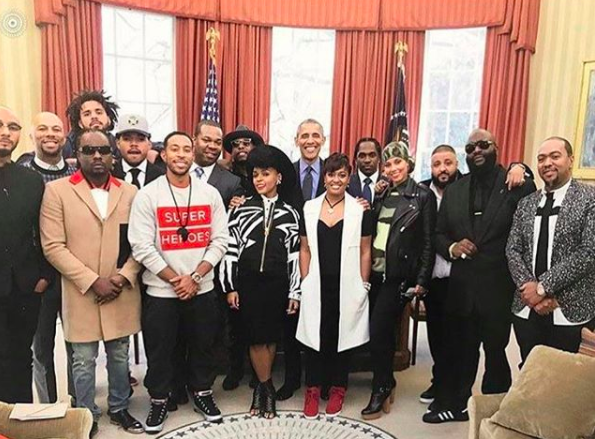 Lately 2 Chainz and TIP have been very vocal about political issues including them never being invited to the White House.

Now they have been posted under Baller Alert’s “comment creeping” via a photo which went viral on Martin Luther King Day which shows the ultimate squad posing with Barack Obama at the White House.

In the photo which shows Common, Wale, J. Cole, Chance The Rapper, Pusha T, Rick Ross + many more posing with Obama, the rappers both commented about “not making” the photo.

2 Chainz who uploaded the photo, captioned it: “didn’t make this one either !? back to my trap raps ! Congrats on everyone else tho no hate” to which TIP commented, “me neither champ. Back to the trap e go!!! Lol Still great for everyone in the pic & hiphop as a whole tho.”

In the end, they do both offer congrats to all those who did make it up to the White House.

Wish we could say there’s always next time, but we don’t know when this will ever go down again.

??didn't make this one either !??back to my trap raps ! Congrats on everyone else tho no hate #blackexcellence #prettygirlsliketrapmusic 4/7