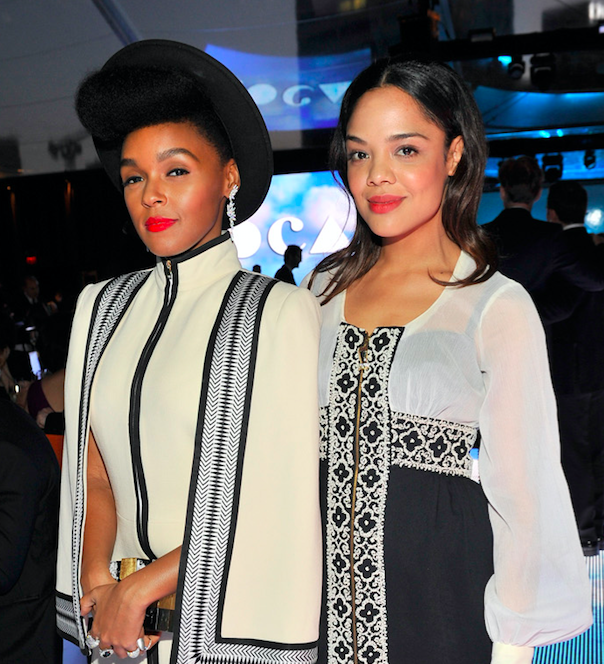 Janelle Monaé has a fine celebrity wifey but folks can’t decide who it is: Lupita Nyong’o or Tessa Thompson.

While many outlets are reporting that the love affair is between, Janelle and Lupita, ‘Avenger’s End Game’ star Tessa recently spoke to The Hollywood Reporter and told them that “they love each other deeply.”

“We love each other deeply…We’re so close, we vibrate on the same frequency. If people want to speculate about what we are, that’s okay. It doesn’t bother me. Anything that you want to be … If I bring a woman home, [or] a man, we don’t even have to have the discussion.

Janelle came out two months ago in Rolling Stone, saying, “Being a queer black woman in America, someone who has been in relationships with both men and women — I consider myself to be a free-ass motherf*cker.”

We can now all safely assume that Tessa is the one that Janelle shares fancy desserts with at the best restaurants in the world.