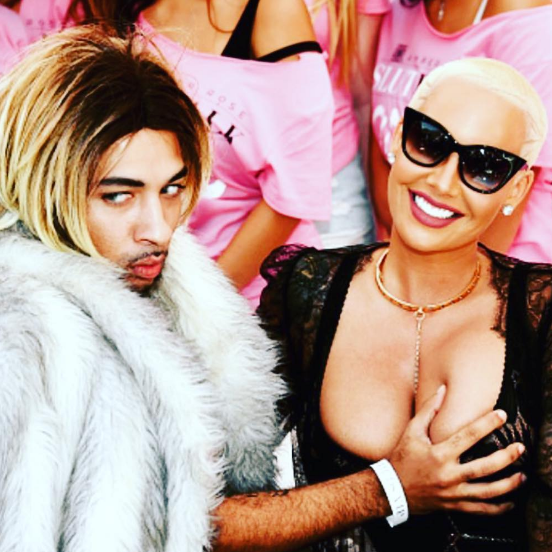 Mrs. West’s frenemy has weighed in on the scary ordeal that the mother of two went through early Monday  morning in Paris, France.

“It’s unfortunate,” Amber Rose told Us Weekly on Monday. “It’s sad.” Us also asked her if she’d seen Kim Kardashian since she returned to the U.S., but Amber said she hasn’t because she’s at the Dancing With the Stars set “literally … all the time.”

The ‘Dancing’ set is in Los Angeles and Kim is in New York City.