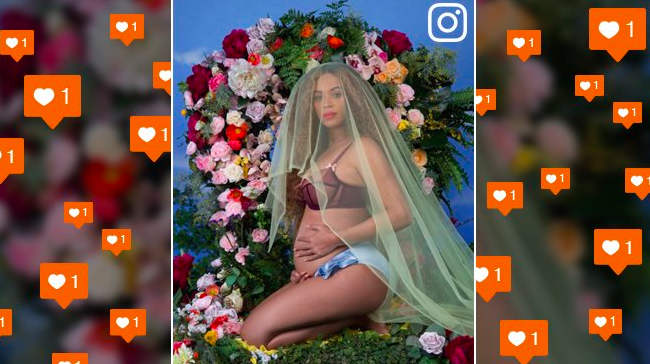 Beyoncé and her unborn her twins are already out here breaking WORLD records.

After Bey posted her pregnancy announcement on Instagram, the image has gotten more than 9.2 million likes on the social media platform becoming the WORLD’s most liked Instagram picture ever.

The 35-year-old who announced she is carrying twins, but refrained from revealing the genders, now holds the Guinness World Record for most liked picture on Instagram.

Selena Gomez held the record prior to Bey crashed the Gram earlier this week.

No surprise that @Beyonce’s announcement of her twins broke a world record > https://t.co/D1sYrsCRec #QueenBey pic.twitter.com/TmX2gv6h9p