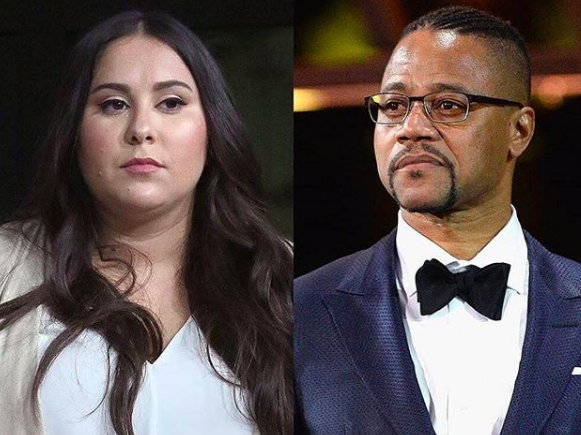 During a new episode of her podcast, Claudia Oshry, 26, is claiming that ten years ago when she was 16-years-old she was assaulted by Cuba Gooding, Jr.

“I was 16…Cuba Gooding Jr. put his finger up my butt” says ‘Girl With No Job’ blogger who also says that she has been telling this story for years, but never went to the police because she was underage at a club.

Cuba’s attorneys are denying the sexual assault allegations claiming he doesn’t remember Claudia or the incident.

#TheLatest⬇🔽⬇🔽⬇🔽⬇🔽 Another accusation against #CubaGoodingJr "I was f–king 16 years old…Cuba Gooding Jr. put his finger up my butt." – #ClaudiaOshry is adding context to the new sexual assault claims made against Cuba Gooding Jr. noting that if it happened to her 10 years ago at a club, then she believes this new woman’s story. #metoomovement #yikes (📷: Getty Images) #rp #enews (complete story link in their bio)