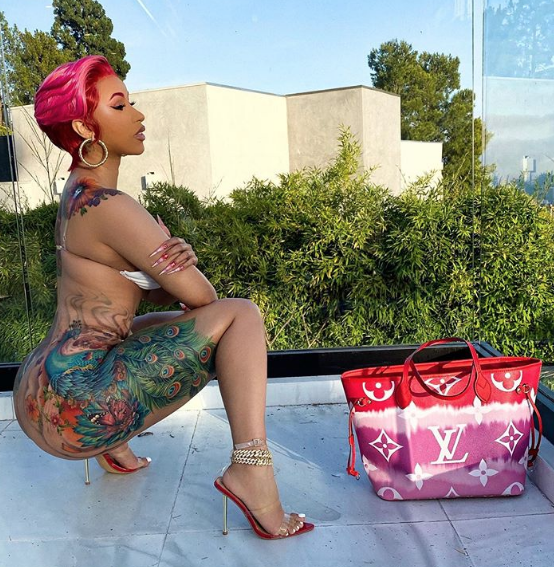 While wearing a light blue Louis Vuitton string bikini, and holding a matching blue LV tote Cardi B put her body of full display for folks to compare against those Target store pics which have been circulating the internet.

Now, I know a b**ch gained some weight ’cause I had to make the thighs match the motherf**king a**, but I know you b*tches ain’t talking when y’all shaped like seals,” the 27-year-old-rapper continued. “And I know you ni**as ain’t talkin when y’all got sisters with Bison backs and y’all mothers is shaped like walruses. I know y’all ain’t body-shaming me.”

During the video Cardi admits that she gained a little weight before telling us that she was actually holding in her stomach, which she proceeded to let out then suck back in before continuing her rant.