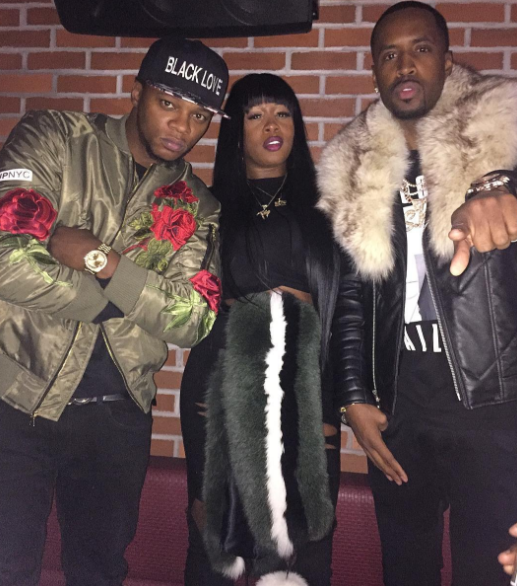 The video for Phresher’s ‘Wait A Minute’ remix just dropped and many are speculating that Remy Ma took shots at Nicki Minaj.

While the remix has been out for a minute, the possibility that shots were fired have taken front stage now that we have a visual to go with it.

In her verse, Remy raps, “Will I smoke this bitch? Yes/Probably fail my piss text/Get rid of those fake breasts/And put a vest on this bitch chest.” She later adds, “That ghostwriter bout to call her/That lifeline getting shorter.” Nicki’s ex, Safaree Samuels, said on The Breakfast Club in early 2015 that he wrote rhymes for Nicki, a claim he later backed away from.

Safaree as well has a diss track aimed at Nicki and her current boyfriend Meek Mill titled “Lifeline” and posted a photo with Remy and Papoose to Instagram last month, writing, “Me and this man have the most in common! Crazy how you can meet some1 for the 1st time and it feel like you been knew em.”