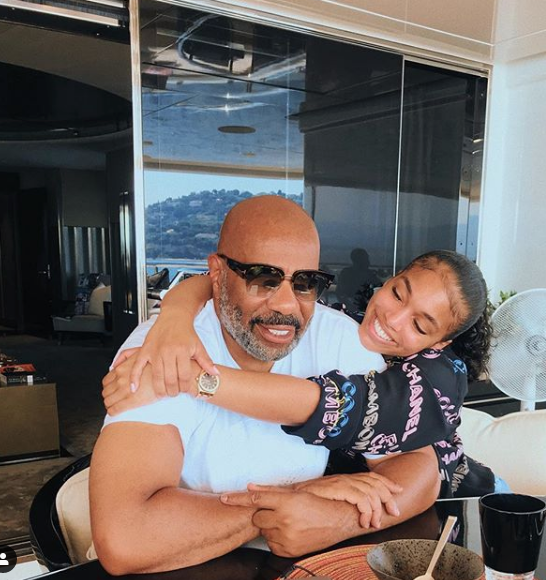 There have been rumors for months that Diddy, 49, is dating LoriHarvey, 21, and now she’s been photographed meeting him for lunch and Diddy’s driver brought her in his $400,000 Maybach. No word on why the met up, but some are saying he’s “mentoring” her.

Lori who has been described as a “rising star” in the modeling world, walked for Dolce & Gabbana in 2017 and despite being just 5’3″ she has also modeled in New York, Milan, and Paris.

She is Steve Harvey’s daughter and was previously linked to Diddy’s son Justin Combs and Trey Songz.