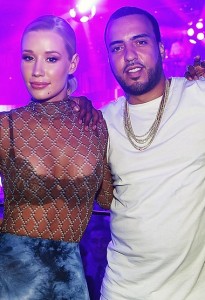 Iggy and French Montana are not shy when it comes to PDA!

The two recently took a trip to Cabo San Lucas, Mexico, via a private jet on Saturday, August 27.

This comes just after the famous rapper, Iggy, split with her ex-fiance, Nick Young.

Glad to see Iggy is moving on!