Is Nicki Minaj Pregnant? Fans Are Convinced This Is A Baby Bump! 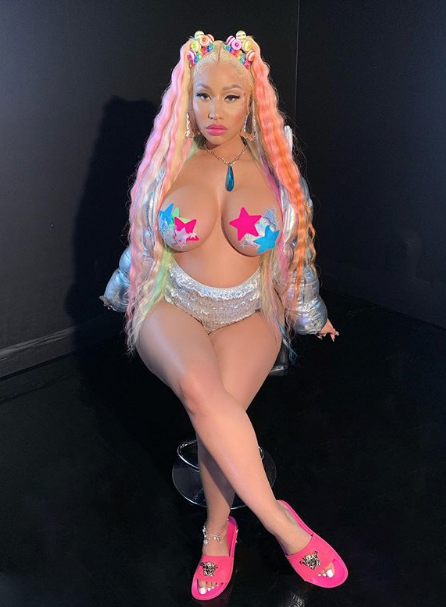 In the photo which was taken at 6ix9ine‘s house where they shot the video for ‘Trollz,’ Nicki can be seen sitting topless with a rounder than ever belly. While she didn’t mention if she’s pregnant in the caption, fans immediately starting pointing out the baby bump and congratulating her. “I think she’s pregnant” writes one fan in the comments, another one says “sis most definitely have a baby bump.”

One thing that is noticeable in the Trollz video is that it was mostly shot with Nicki’s belly being concealed. Rumors had been swirling that Nicki is expecting a baby with husband Kenneth Petty for the past few months.

This would be Nicki’s first baby. Check out the full pic below.