J. Cole Calls Himself Out: “I Know I Ain’t Doing Enough” 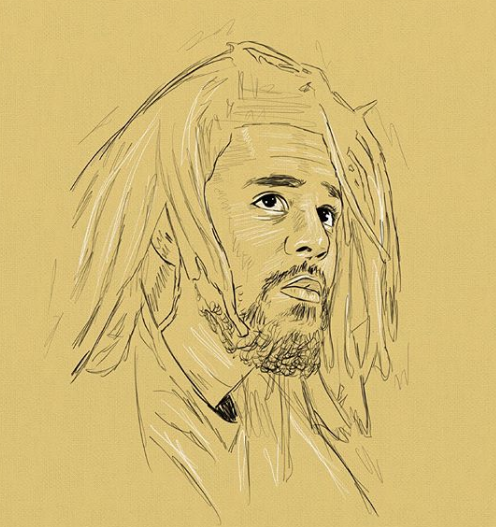 Jermaine is calling himself out on his POWERFUL new track ‘Snow On the Bluff’ in which he serves up some much needed bars about these “wild times” we’re living right now.

On the track J. Cole acknowledges that he’s not doing enough at the moment when it comes to the ‘Black Lives Matter’ movement and the protests against police brutality. “Ni**as be thinkin i’m deep/intelligent, fooled by college degree. My IQ is average,” he starts off before going off about a woke young queen, NoName, that he follows on social media who he says is “way smarter than me” and mad at many things including celebs like himself.

He then goes on to point out that we can’t grow a forest overnight and asks us to hit the ghetto and slowly start planting our seeds: “F*ck is the point of you preaching your message to those that already believe what you believe? I’m on some “f*ck a retweet”, most people is sheep. You got all the answers but how you gon reach?”

Cole also says that he feels like slave that “somehow done saved enough coins” to buy his way up outta slavery and that he’s betrayed the same people that look at him “like i’m some kind of a hero because of the zeros that’s next to the commas.”” while in his pursuit to make life so much better for him and his babies.

Morning. I stand behind every word of the song that dropped last night. Follow @noname . I love and honor her as a leader in these times. She has done and is doing the reading and the listening and the learning on the path that she truly believes is the correct one for our people. Meanwhile a ni**a like me just be rapping.

I haven’t done a lot of reading and I don’t feel well equipped as a leader in these times. But I do a lot of thinking. And I appreciate her and others like her because they challenge my beliefs and I feel that in these times that’s important.

The first steps towards changing ourselves is acknowledging our faults, much respect to Cole!