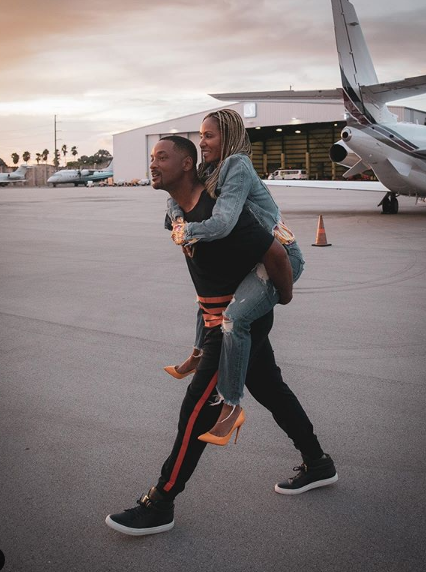 Jada Pinkett-Smith brings herself to the Table! The Smiths address the recent August Alsina headlines and share their journey of finding peace through pain.

In a surprise Red Table Talk episode Will Smith joins his wife to clear up all the mess created by August last week when he made claims that Will gave his blessing for Jada and August to secretly date.

Jada admitted she and Will were going through a rough patch, with Will saying, “I was done with you.” During a separation, they agreed they would try and find a way to be happy without each other.

“From there, as time went on, I got into a different kind of entanglement with August,” said Jada. When it came to Will giving “permission,” Jada said “the only person who could give permission in that particular circumstance is myself.”

“What August was trying to communicate … I think he wanted to make it clear he’s not a home wrecker,” she added. Will then asked Jada to say “clearly what happened” between her and August.

“I got into an entanglement with August,” she said, as he pushed for more details. “A relationship, it was a relationship, absolutely. I was in a lot of pain, I was broken and in the process of that relationship I definitely realized that you can’t find happiness outside of yourself. And luckily enough, you and I were also going through a process of healing in a much different manner.”

Check out the full episode below.

Jada Brings Herself to the Table

Jada and Will address the recent headlines and share their journey of finding peace through pain.