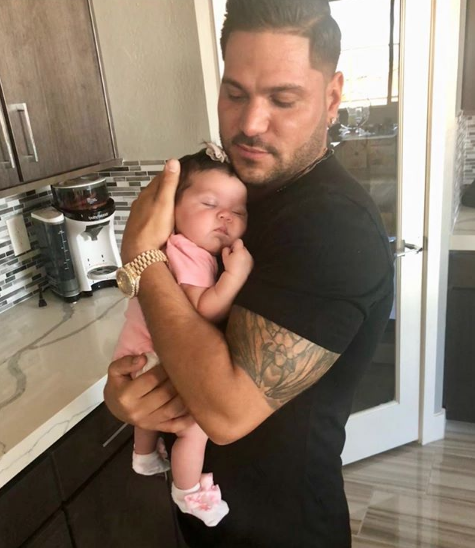 Jersey Shore star Ronnie Ortiz’ girlfriend Jen Harley was arrested for domestic battery after she allegedly dragged Ronnie by driving away while he was hanging out of car.

Sources close to the two tell TMZ that Jen started hitting Ronnie in the face as they were fighting, which led to him demanding she pull over and let him out.

Ronnie got stuck in his seatbelt, but before he could free himself, Jen started to drive off, dragging him behind.

Their 2-month-old daughter was allegedly in the car the whole time.  We hope these two get the help they need and that their daughter is safe.

Happy Father’s Day to all the fathers out there!!! #ArianaSky