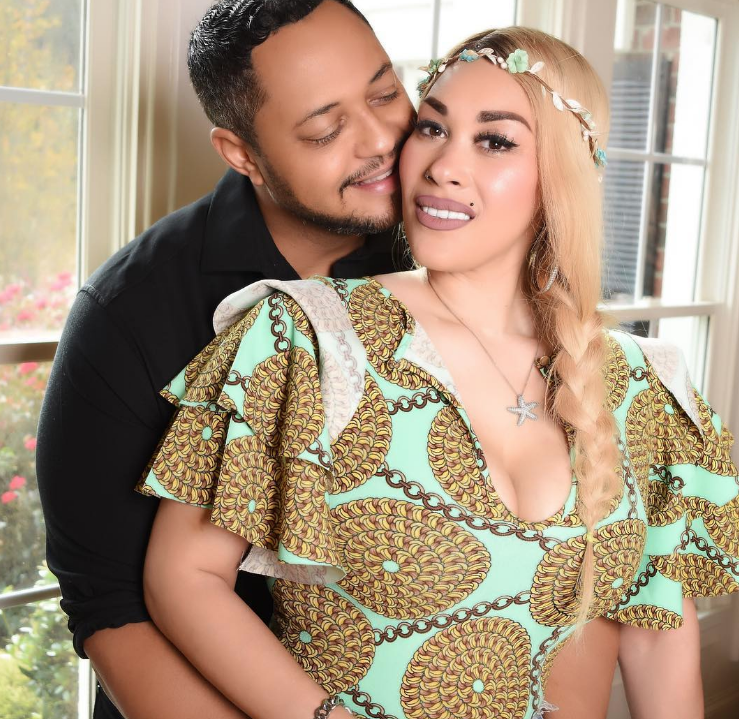 What a difference a year makes ❤️💍

Singer Keke Wyatt, 36, announces that she’s found love again and got married. The mother of 9 tells TMZ that her new husband is way better than the man who divorced her when she was 8 months pregnant and had a child fighting cancer at the same time 🙏🏽 her son is now cancer-free .

(Continued) Wyatt says that she will never say either one of their names again, but she adds; “You know who the mistress is because she looks like she played in the movie Gremlins.” On April 7th 2018 Keke’s world took another blow. She was notified that her soon to be ex-husband was involved in an almost fatal car accident. Being the legal wife she uprooted and moved to Memphis, TN to be by his side while he recovered from an accident that almost took his life. “I was his wife, he was the father of my children. God says to love and love unconditionally, so that’s what I did. At that time he couldn’t walk or talk. It was up to me to make all of the decisions for his health care.” Keke sat tirelessly day after day night after night by his side. 2 months later after he came out of his coma and was taken off of all machines he made the decision to “fly off with that bat looking thing,” as Keke put it. “At that point I had washed my hands of the whole thing and I totally let it go.” Expressed Keke. “Even after all of that and all of the antagonizing and bullying on social media by his mistress hash-tagging my songs and attempting to bait me, I never reacted, I am so proud of myself… cause the old Keke would have ruined her whole entire life, but the new mature Keke realizes she is not worth my blessings.” The divorce became final and it was time for Keke to move on to the next chapter of her life. Through prayer and support from those close to her; Keke survived the lowest most difficult point in her life. She was so discouraged that she believed that she never wanted to have another relationship again. However, God placed an angel in her life by the name of Zachariah Darring. He just so happens to be her very first childhood boyfriend who grew up with her in Indianapolis, IN. Life separated them and true love has brought them back together. After reconnecting with him, surprisingly she found out that he had been single and celibate for 6 years praying for his wife; never in a million years did she think that she was the wife that he was praying for. But God is always in control. As of October 17, 2018 with only a small number of family they were married