Nas Airs Out Baby Mom Kelis With An Extendo 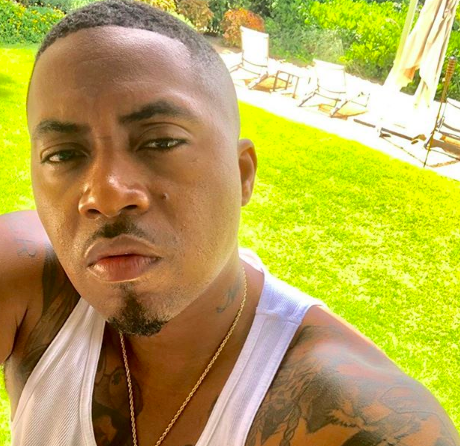 Nas aired out the mother of his son in a way we never saw coming exposing Kelis as all the things a human would never want to be.

The legendary rapper had nothing but time on Thursday night and posted a six part open letter on Instagram detailing all his struggles when it comes to co-parenting with his ex-wife and even went on to expose all the issues they dealt with during and after their marriage.

In the open letter Nas also reveals that Kelis is a difficult and not very nice person who record labels refused to work with and who practically nobody likes.  He goes on to say that only due to non-disclosure agreements which were put in place for their employees, has Kelis not been exposed.

Me must note that this comes after a decade of Nas being quiet and discreet about his marital and co-parenting issues.  Guess everyone has their boiling point!

Parts one and two of Nas’ letter are below, to read the other four click here.

PART 1. The Price i Pay To See My Son. And apologies in advance for the typos as I am speaking from the heart as a man who has had enough. Today i got a call from essence about my ex wife doing another sad fictitious story. Nothing surprises me anymore, including this. This is what your life has come to sis? Exploiting some people’s Real struggle and pain…just to get at me….to get attention ? Fame? Another fight against men? We are a human family and we should be better examples for our son. Why is there even a issue for me to have time with my son. A son needs his father. So many absentee fathers out here and here i am being attacked by your accusations simply because i got us in court to help fix this the custody matter? Why did i have to take you to court to see our son? Why when i win the joint custody ( which is a win for both of us and our son, it helps us with both our schedules) why do you feel thats an attack on you? Is it control ? Why do you need to have control over my life? because we’re not together? Then why? Is this being rewarded and praised by people who are being taken advantage of by you and your lies? To all separated couples out there who are cordial and co parent nicely GOOD FOR YOU. I wish that was me. I’m the most chill cool parent there is. Who has time to argue ? About what? It’s about our little guy. You haven’t had to deal with what I’ve been dealing with. Trust me. I’m a mild mannered god fearing very fair human being who tries his hardest to please everyone. It’s my nature. I’ve seen this too many times before And there was times i thought Kelis my ex wife was not this type. This is the type of antics that deceive people and people mistakenly call it strong. Seems I always had more belief in you than you do for yourself. I instilled strength in my daughter who you were already so jealous of and treated poorly. Being jealous & verbally abusive to a Little girl.

PART 2. In life you have to work hard to be successful, not try to tear someone down for that’s the most coward way. Women are the essence of life. I cherish them. My strength is given to me from my mother. I am everything she taught me to be. I was raised in a single home by a single woman. I am a very proud black man. I shouldn’t have ignored the signs from your your first song and video I HATE YOU SO MUCH RIGHT NOW. But I thought you was beautiful. You came into my life at a time i was grieving from my moms passing. You was a friend. Because of that i wanted to marry you. And i did. And we had a big lavish wedding. Overall there was too many good times. I have to say i wasn’t the most faithful husband. I was immature. I’m sorry about that. But you bumped your own head sis. Why do i have to live thru a constant divorce? It didn’t work out. Life goes on. I’m not coming back to you. Your married and im happy for you and I’m a extremely happy black brother out here trying to make a difference for my kids and the next generation of young people who see me as huge inspiration in music, art,business, education and so on. After 10 years of keeping my silence during a decade of dealing with very hostile behavior and verbal abuse and even your stepfather holding you back from one of your physical violent Attacks on me right outside your house THIS YEAR while trying to pick up our son while he watched from the window, it was my weekend and you denied me that because your parents were in town. I just went home. This has been my life for my son’s entire life. Even our son wonders why you treat me the way you do?