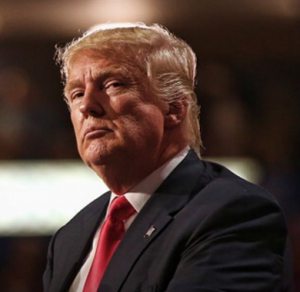 The New York Times has printed a new article in which they lay out everything and everyone that Trump has insulted on the social media platform since announcing his candidacy.

Since declaring his candidacy for president last June, Trump has used Twitter to insult other presidential candidates, journalists, plain ol Twitter users, news outlets….and now the folks over at NY Times have created a directory of sorts, with links to the original tweets.

NYT prints a list of everything “Donald Trump has insulted on twitter since declaring his candidacy.” It’s a two page spread. pic.twitter.com/ZVqN5Qe9Di