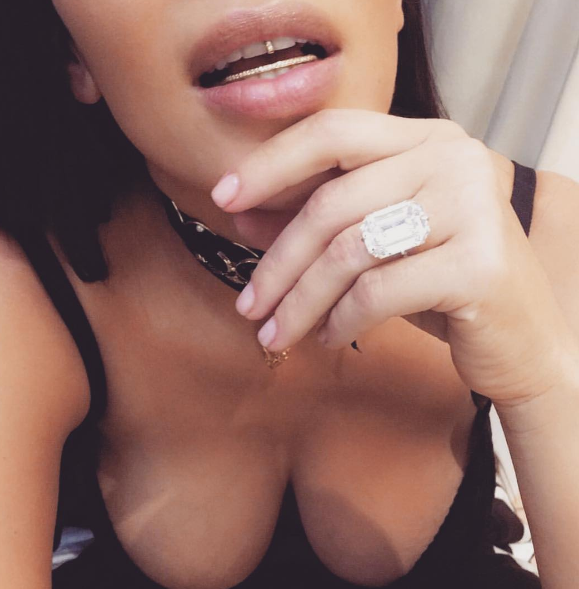 The Wests took a major hit in that early Monday robbery.

According to new reports the $11M worth of jewelry stolen from Kim Kardashian when she was tied up and held up at gunpoint, included her ginormous 15-carat engagement ring and her diamond fronts (grillz.)

Also stolen, were a set if gold chains which are from Kanye West‘s upcoming collaboration with Jacob & Co.