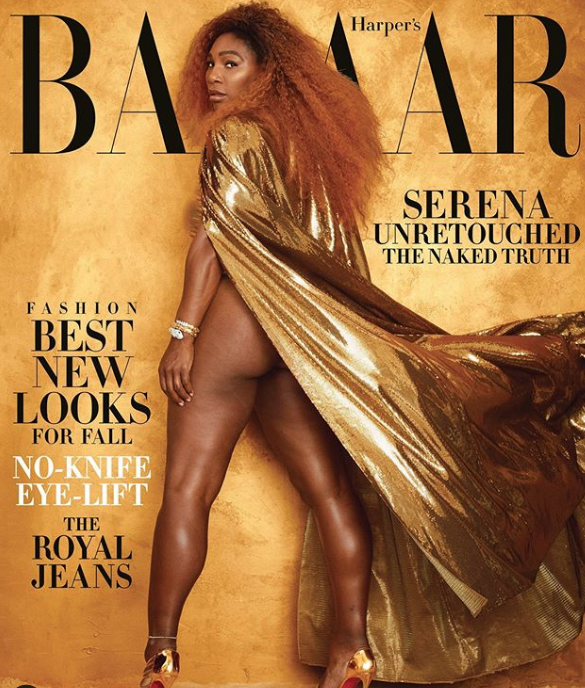 This is so progressive and I love her for it!

Serena Williams has scored the new cover of Harper’s BAZAAR for which she poses unretouched. This right here is practically unheard of when it comes to magazines and photos in general, so yeah we’re making a big deal about it. Inside the issue, Serena pens an essay in which she breaks down her feelings surrounding last year’s controversial match at the US Open—being shamed for her body and why she’ll never regret using her voice to speak out against injustice.

“I’ve been called every name in the book. I’ve been shamed because of my body shape. I’ve been paid unequally because of my sex. I’ve been penalized a game in the final of a Major because I expressed my opinion or grunted too loudly…And these are only the things that are seen by the public. In short, it’s never been easy. But then I think of the next girl who is going to come along who looks like me, and I hope, ‘Maybe, just maybe, my voice will help her.’”

She’s hands down the GOAT when it comes to this tennis game!