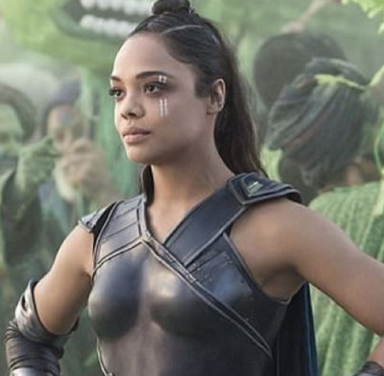 Tessa Thompson‘s Valkyrie has been confirmed as Marvel’s first #LGBTQ hero and she’ll have a romantic interest in the upcoming fourth ‘Thor’ film. “As new king, she needs to find her queen,” Tessa teased during the panel hosted by the production company. “That will be her first order of business. She has some ideas. Keep you posted.”

Speaking to io9 in the wake of Marvel Studios’ barnstorming San Diego Comic-Con panel, Kevin Feige confirmed, asTessa herself teased that Valkyrie will be involved in an LGBTQ storyline as Asgard’s new ruler seeks out a Queen to rule alongside her. “The answer is yes,” he said of Valkyrie having an LGBTQ storyline. “How that impacts the story remains to be seen with that level of representation you’ll see across our films, not in justThor 4.”

Although Valkyrie has been considered to be bisexual, the character’s sexuality has not yet been addressed in the films.