Young M.A: “So Many People Want To Collab…I Could Do Features And Be A Millionaire” 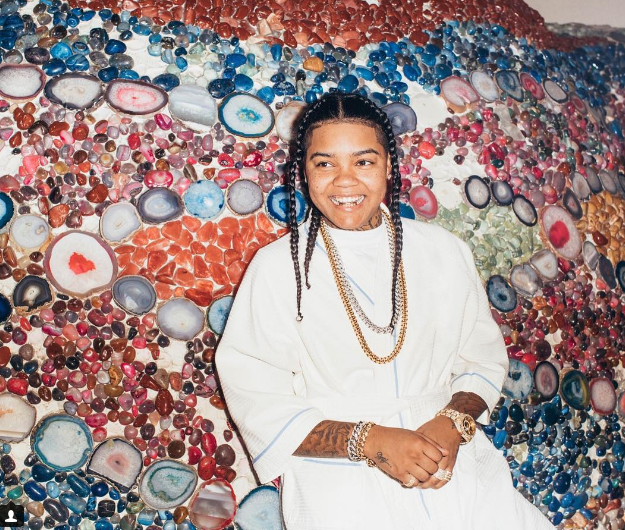 The life of Young M.A has taken a crazy turn for the be better and the Brooklyn rapper tells ELLE magazine that she’s so hot right now that she could pretty much become a millionaire off features.

“So many people want to collab. If I wanted to, I could really do so many features and be a millionaire. But I feel like it has to be right.”

The Brooklyn rapper also goes on to reveal that she’s a full on Drake fan despite many thinking that Drake is “corny.”

“I always liked Drake. People don’t understand music. It’s not about him being–I guess people feel he’s corny—his music is dope. You can’t deny that, and he’s still making himself relevant. Drake’s been out for a little while now, and he still knows how to sound like Drake, but evolve it a little bit where it’s a different sound but it’s still his sound, because nobody else sounds like him. He’s just living his life; he’s rich. I’d be corny too if I was living like that.”

This is Young M.A.: The Brooklyn rapper earned millions of YouTube views, turned down Empire, won over Beyoncé, and landed a Beats by Dre campaign. Read more about the viral sensation turned rising star on ELLE.com today. || photo by @benritterphoto, styled by @shionat, story by @julie_schott