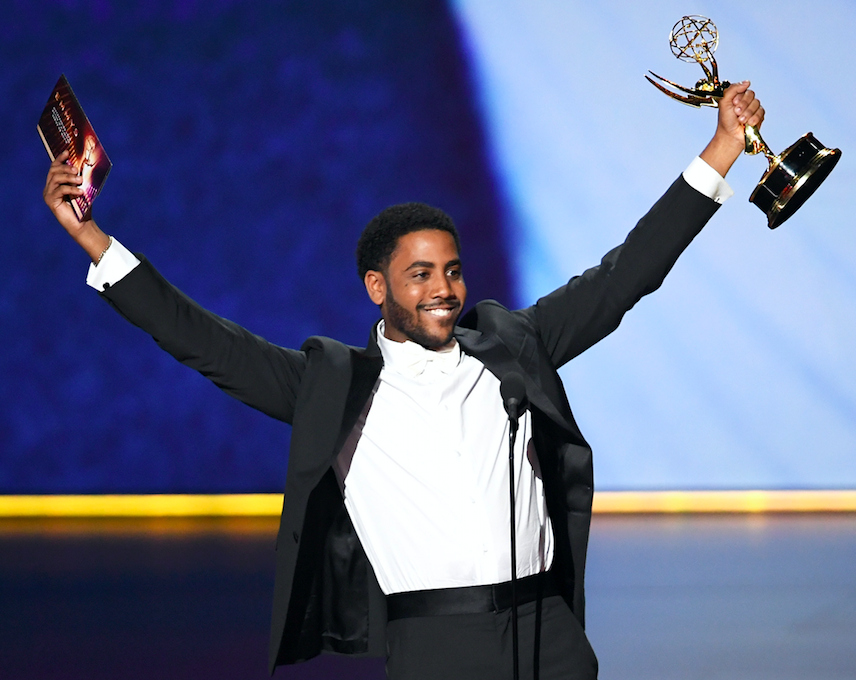 The Exonerated Five were shown giving a standing ovation during Sunday night’s Emmy Awards ceremony after Jharrel Jerome took home the award for lead actor in a limited series forWhen They See Us.

“I feel like I should just be in the Bronx right now, chillin,’ waiting for my mom’s cooking but I’m here,” the actor said as he accepted his award f for his AMAZING portrayal of both young and adult Korey Wise in the Netflix’s series.

This marks the first time an Afro-Latino wins an acting award at the Emmys.