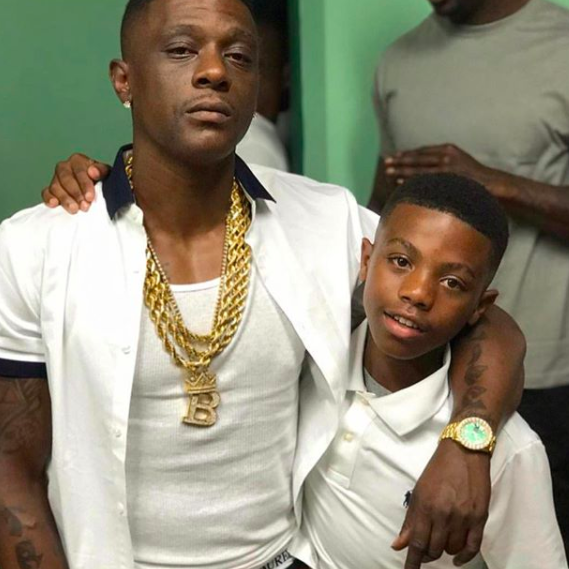 Lil Boosie has got people fired up about he posted a photo for his son’s 14th birthday saying he was gifting him a bag of money and some oral sex.

“Sick. Disgusting. You should not have kids.” says one his followers while another one chimes in “so you’re okay with your son being molested by a pedophile.”

Some comments point out that his caption is part of a song lyric, but many are not going for it and are dragging Boosie through the mud.

Happy gday @tootie_raww love you son with all my heart Pops????see u tomorrow ???got a ?bag for you n a bad bitch to give u some head ?u already know how I do it Tootie Raww the mixtape dropping Oct.1st