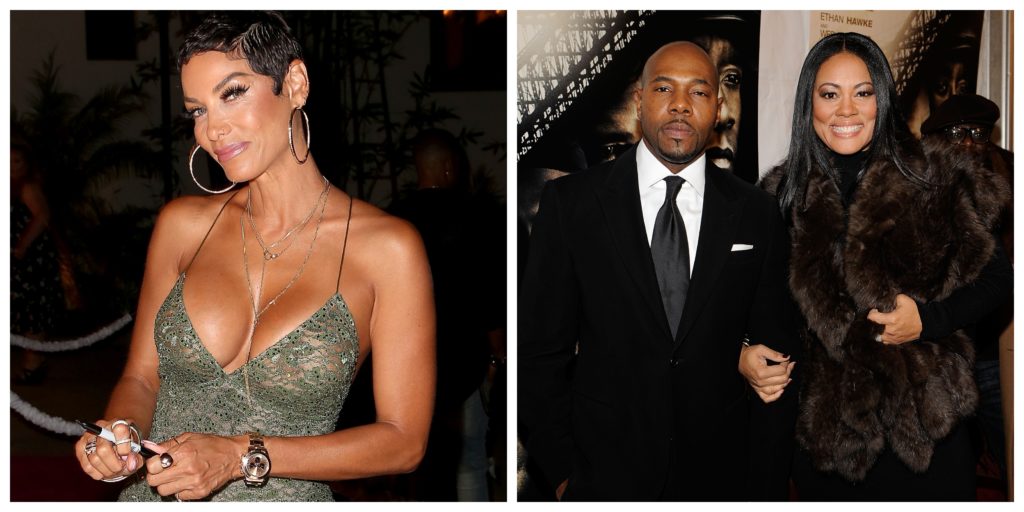 Antoine Fuqua, who has been married to actress Lela Rochon for 20 YEARS has been spotted kissing Nicole Murphy.

The “Training Day” director, 53, and Nicole, 51, were photographed at a hotel in Italy, during the Ischia Global Festival, where he is set to receive the director of the year award. Nicole spoke to blogger B. Scott and said that they are goo friends and she just happened to run into him when the photos were taken.

One person who quickly jumped in the mix to comment on the photos was Lisa Raye. “Gurl @NikkiMurphy you went after @IamLelaRochon husband too?” wrote Lisa Raye in TheShadeRoom’s comments section.“SMH So wrong…again!!!”

In 2007, a New York Daily News report claimed that Nicole and Lisa Raye’s husband Turks & Caicos Prime Minister were spotted allegedly KISSING while he was married to Lisa Raye.