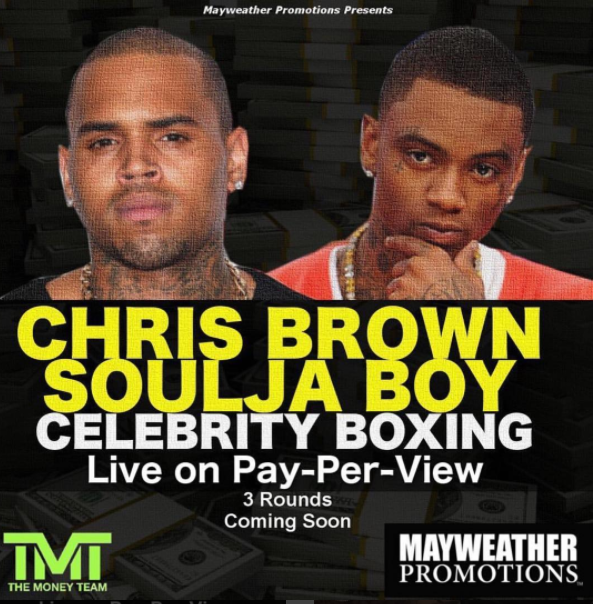 Floyd Mayweather seems to be behind what could be one MAJOR Pay-Per-View event if Soulja Boy and Chris Brown both agree to it.

The boxing great posted a flyer which seems to be an official announcement for a 3 round “Celebrity Boxing” match between Soulja and Breezy which is is “coming soon.”

Soulja also shared the flyer saying the fight is happening in March along with the caption:

Soulja later shared the video below alongside Mayweather saying “it’s official” while referring to him as his big brother and trainer.

No word from Chris yet on whether or not he’s signed on the dotted line.

Me and my trainer/big brother @floydmayweather #TMT it's official!! ???