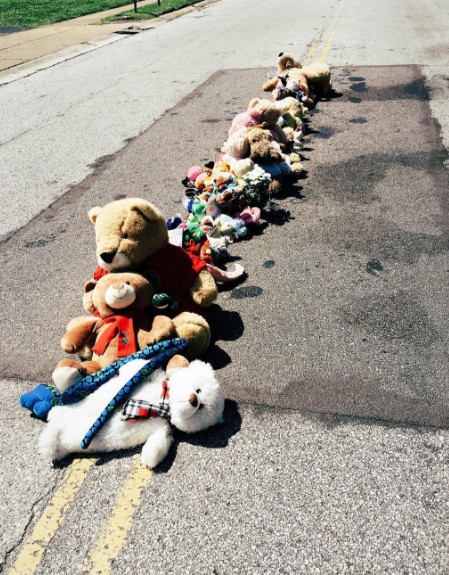 A car struck a protester during a peaceful demonstration in Ferguson, Missouri, on the second anniversary of Michael Brown‘s death.

Witnesses told The Associated Press that a car drove into a group of protesters who were blocking a street during the demonstration Tuesday night to mark two years since the unarmed black 18-year-old’s fatal shooting by a white police officer.

They said the car struck a young man so hard that he flew into the air. “A lady came down and hit a protester — knocked the shoes off his feet,” said Sharon Cowan, who was at the scene. “Hit him, and he rolled and he bounced.”

After a crowd gathered around the injured man, shots begin to ring out as someone fires off shots in the direction of the car.

Warning: this video is graphic: