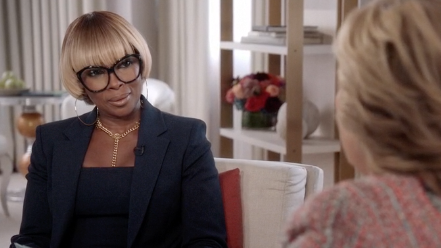 Mary J. Blige sat down with Hillary Clinton for an intimate, revealing one-on-one conversation during which the two discussed police brutality and black lives matter among other topics.

During the interview, MJB sings Bruce Springsteen’s “American Skin” which is about police-issues in the country and was written in 1999 after police shot and killed 23-year-old Guinean immigrant Amadou Diallo in New York.

Check out the interview: